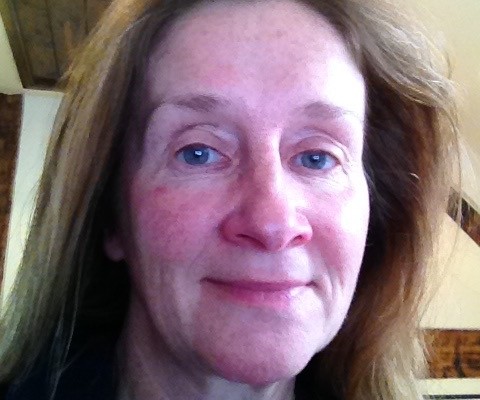 I’ve been both hugely impressed and deeply incensed by my fellow women this week. First up, a sizeable group started posting photographs of themselves, without make up, on the internet and nominating others to do the same. Aimed at raising awareness and cash for breast cancer charities, the craze became known as the ‘Bare-Faced Selfie’. Almost immediately, others (depressingly, the more intelligent, better educated, with a higher public profile) began doing their sisters down.

First problem? Team Selfie had been using the C word, claiming their actions required  ‘courage’. They might have said something like: ‘Oh God, not sure I’m brave enough. LOL.’ or ‘Well done, Hun, very brave!’

It was banter. It was kidding around. It was self-depreciating humour. It may even have been good old-fashioned modesty.

Talk about lighting the blue touch paper on the firework of self-righteous outrage. ‘Weeks of chemotherapy, that’s brave!’ they cried on their blogs, in our national newspapers. ‘Watch a loved one die in pain before you can talk about courage!’ A lot of words were used but they largely said the same thing. Unless you have suffered (sub text here being: suffered and let the world know about it) from cancer, then you have no right to make light of it with vain, attention-seeking nonsense.

Well, excuse me, but hundreds of thousands of women got involved in the Selfie craze and quite a few of them MUST have more than a passing acquaintance with cancer. My younger half-sister lost her mother to the disease a few years ago. I had my own brush with its dark shadow in my early thirties. I’ve remained healthy but that shadow is there, lurking behind me, and always will be.

I’ve said this before but it bears repeating. Sooner or later this disease affects us all. Nobody gets to call dibs on cancer. Nobody has a monopoly on suffering.

In any event, when did courage become an absolute? When did there become only one, extreme kind?  I might consider myself brave if I jump into a cold swimming pool. It doesn’t compare to taking a lifeboat out in a force nine, or riding the Grand National, but it still requires going out of my comfort zone. This week thousands of women pushed aside their comfort zone to do some good and did not deserve to be criticized.

Our other error, say Team Shouty, was to perpetuate the myth that only women caked in make-up can be considered beautiful. Well, actually, no we didn’t. If anything we did the opposite. Every post I saw was accompanied by a string of supportive comments: ‘Well done, hun, you look great.’  ‘Looking good, Mrs X!’ We were telling each other we still look good without make up. We were telling each other that friends don’t care how we look. We were being kind and supportive.

Make-up is an entirely personal choice. Some of us won’t leave the house without it. Others don’t allow it in the house and between the two extremes are multiple shades of grey. It rarely comes anywhere near me, if I’m totally honest. I’m a writer for Godsake, I spend 90% of my life looking like the aborted child of a swamp monster and a bag lady, but like my numerous ‘sisters’, the face I present to the outside world is inextricably linked to my self-esteem. The shouty feminists might not like it but I say tough. I don’t tell you to wear more make-up, you don’t tell me (or anyone for that matter) to wear less.

Still, against the backdrop of women tearing into each other in depressingly familiar fashion, the Selfie brigade have a trump card and I’m going to play it again. Since the whole business started (on Wednesday, I think) over £2 million has been raised for cancer charities. And counting.

Keep it up, ladies, keep posting your brave and lovely pictures on the internet and let the shouty, self-righteous feminists do their worst. We’re better than they are.