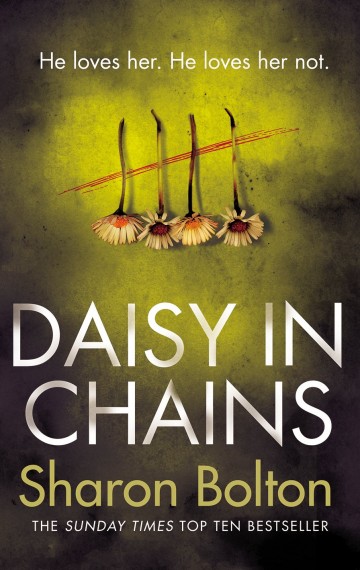 Hamish Wolfe is no different. Locked up for the rest of his life for the abduction and murder of three young women, he gets countless adoring letters every day. He’s handsome, charismatic and very persuasive. His admirers are convinced he’s innocent, and that he’s the man of their dreams.

Who would join such a club?

Maggie Rose is different. Reclusive and enigmatic; a successful lawyer and bestselling true-crime writer, she only takes on cases that she can win.

Hamish wants her as his lawyer, he wants her to change his fate. She thinks she’s immune to the charms of a man like this. But maybe not this time . . .

I grew up in the Pennines, a vertical line of barren, windswept hills that separate Lancashire and Yorkshire; as did three of the most notorious murderers of modern times – Ian Brady, Myra Hindley and Peter Sutcliffe.

So much about their dreadful acts has fascinated me over the years, inspiring many of my own stories, but few aspects more than the involvement of the two women, Hindley and Sutcliffe’s wife, Sonia.

Brady is generally assumed to have been the brains and the driving force behind the Moors Murderers, the deadly partnership that abducted, tortured and murdered five children in the early 1960s. His was the monstrous idea, his compliant, besotted girlfriend serving merely as the lure, the ‘harmless’ woman who fooled the victims into feeling safe. Sonia Sutcliffe, accepted wisdom has it, was another of the Yorkshire Ripper’s victims. She remained completely unaware of her husband’s crimes and has had to live with the ignominy ever since.

To this day, in spite of being married to someone else, Sonia visits Sutcliffe on a regular basis. She still lives in the house they shared. They remained married for 13 years. Whatever bond held them together in the early years of their marriage is holding true on some level. Delve into Sutcliffe’s early past and one can even find evidence that Sonia was the controller in the relationship. That Sutcliffe was frightened of her.

Likewise, there are many who believe Hindley was no gullible side-kick, but an enthusiastic participant in her own right. We may never know the extent of her guilt, but can justifiably ask what on earth possessed an intelligent woman to commit such heinous acts in the name of love?

When I first hit upon the central theme of Daisy In Chains – that of a woman in love with a convicted serial killer, I was interested to find out if my wild idea at all reflected reality. I wasn’t prepared for the sheer number of cases I unearthed, all over the world, of incarcerated murderers and their fan clubs, their groupies, even their girlfriends and wives.

Wherever there is a famous killer, it seems, you’ll find a number of women, determined to adore him, to put their own lives on hold, often indefinitely, in order to play a part in his. The more I learned about these strange women, living on the fringes of civilized society, the more I wanted to know about what really drives them. Daisy In Chains is my attempt to find some answers.

Some Victims Are More Equal Than Others.

But books are rarely the result of just one idea. Something else I’ve been mulling over for some time is the notion that not all victims are considered of equal worth. We might tell ourselves that all life is sacred, but there are some victims that we care about more than others, from children and animals at the top, through beautiful young women and sweet old ladies, down to Tory MPs and pedophiles. Fat women, the victims in Daisy In Chains, are, I’d suggest, pretty low down on the list.

So Daisy became a book about how women perceive themselves, and how the judgment of society can impact upon our self-esteem and our confidence. Hamish’s three, possibly four victims, were overweight young women and much is made, by the fictional media, of why he chose to target women who don’t fit society’s conventional view of attractiveness. Did the women ask for what they got? Did society care less about their fates than it might have, had they all been trim size tens?

Different ways of telling a story.

The structure of Daisy is unusual, especially for me, with the story being driven not just by a linear, point-of-view narrative but though the media of news articles, blogs, letters, emails and even psychiatric reports. One of my favourite authors and earliest influences is the detective writer and Dickens contemporary, Wilkie Collins. His wonderfully atmospheric, Gothic style mystery stories are frequently told through multiple points of view, and by letters, diary entries and newspaper coverage. I like to think that, if he’d been writing today, his books might look something, in structure at least, like Daisy.

“Displaying an ingenuity and penchant for teasing and foxing the reader reminiscent of Agatha Christie, this is a beguilingly bizarre mixture of suspense tale and whodunit.” The Sunday Times.

“A gripping read that twists and turns until the final killer twist.” Woman and Home.

“A journey into a world of twisted mindsets.” Barry Forshaw in The Independent.

“Thanks to Bolton’s artful construction of her tale, readers will seesaw so rapidly in their opinion of Wolfe’s guilt or innocence that they will be left dizzy.” Jake Kerridge in The Sunday Express.

“Daisy in Chains is thoroughly addictive – you won’t stop turning the pages until you discover the truth.” Sophie Hannah

“Utterly suspenseful. A terrific, twisted read.“ Paula Daly, author of The Mistake I Made.

“A dark and chilling read, that is steeped in mystery and suspense.” ByTheLetter Book Reviews.

“…has you on the edge of your seat.” JaffaReadsToo

It’s always great when a book club picks one of my novels, even if some of the questions they throw at me can be a bit challenging. If your group is thinking of reading Daisy In Chains, here are a few discussion points to get you started.

NB: The following contains spoilers. You are advised not to read on unless you have already finished the book.