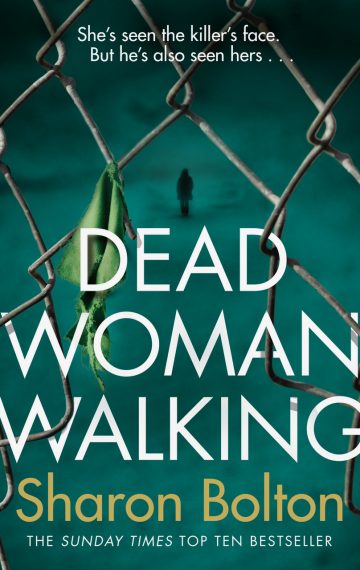 “A cold nugget in her heart told her that she hadn’t escaped after all, that five, ten, twenty years weren’t enough, that there was no escape and that the day would come when he would find her.”

Just before dawn in the hills near the Scottish border, a young woman is brutally murdered. At the same time, a hot-air balloon crashes out of the sky. There’s just one survivor.

She’s seen the killer’s face – and he’s seen hers. Now he won’t rest until he’s eliminated the only witness to his crime.

Alone, scared, trusting no one, she goes on the run. But the biggest danger of all could be where she least expects to find it.

Scouting out locations for the video trailer. 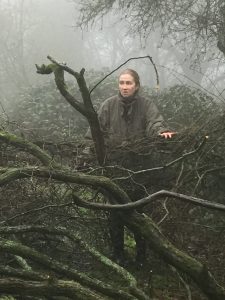 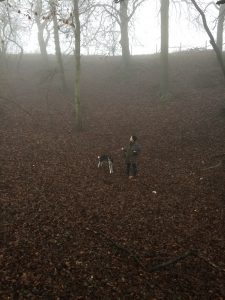 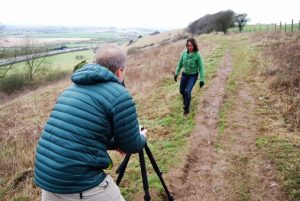 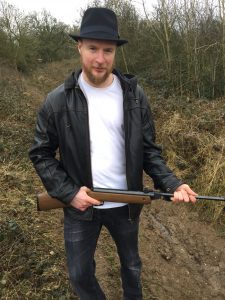 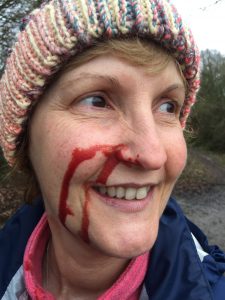 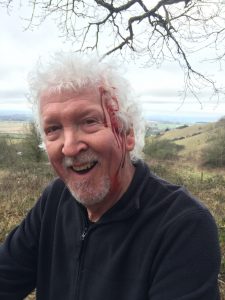 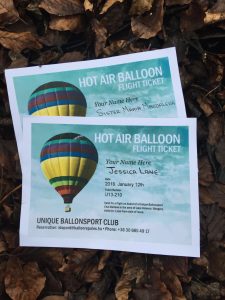 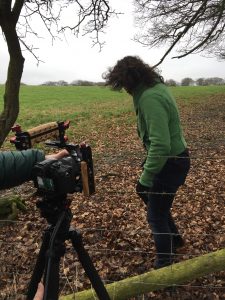 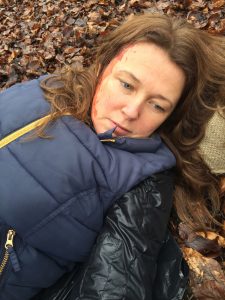 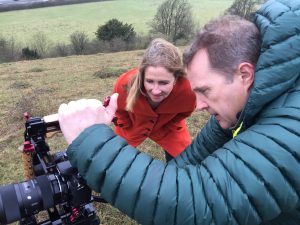 In the summer of 2015, Andrew, Hal and I were lucky enough to take a hot air balloon flight over the Serengeti in Tanzania. It was my first time in a balloon, Hal’s too, and of course we were caught up in the excitement of the pre-dawn drive to the launch site, the burst of golden flame on the horizon as we drew closer, the massive, unpredictable billowing of the huge balloons (there were four) as they were inflated.

We clambered into baskets, harnessed ourselves up and lay flat for the final few minutes, trying not to be alarmed as our pilot (tall, red-haired Sean, who makes a brief appearance in Dead Woman Walking) seemed a bit tense, frantically busy, did he really know what he was doing? And then we were up, floating silently above the earth, the majestic landscape of the African plain opening up below us.

I wasn’t expecting to have an idea for a book although, truth be told, I was getting a big anxious. It was August by this time, and I was due to start work the following month. But I am a writer of British mysteries and didn’t imagine an African balloon safari had anything to offer other than a rather magical hour floating through the dawn air.

But as we drifted, low and slow, over animals that seemed to have no idea we were above them, a thought struck me. Except when the burner is being fired, hot air balloons are entirely silent. They can sneak up on those on the ground in the way of no other form of transport. And they are largely untouchable.

And so I got to thinking: about passengers in a hot air balloon, believing themselves to be above one of the most remote places in the UK, coming upon the scene of a terrible crime – at the exact moment the crime is being committed.

Dead Woman Walking opens with a hot air balloon pleasure trip. Twelve passengers, and Sean the red-haired pilot, are flying over the Northumberland National Park when they see a murder being committed on the ground, not thirty feet below them. They’re horrified – who wouldn’t be? – and horror quickly becomes terror when they realize the killer is holding a gun. He is determined that his dreadful deed will stay hidden, even if it means killing another thirteen people. Even if they are out of his reach. For now.

Primarily, Dead Woman Walking is the story of a woman who should have died, but who, against all expectations, survives and flees. When she reaches a place of apparent safety, she stays on the run, and only towards the end of the book do we fully understand who and what she is afraid of.

But whilst stories can begin with a simple idea, mine rarely stay simple. As I get to know my characters, themes and ideas present themselves, offering themselves up for exploration. So Dead Woman Walking became the story of two sisters, close in age, close in temperament, close in inclination, and yet living lives that are worlds apart. The two are almost mirror images, one the negative of the other. One aspect of the book that fascinated me as the story unfolded was how two sisters, brought up identically, can take such widely disparate paths in life. How extreme do events have to be to force them apart? And is it possible for the two ever to come together again.

I wrote the book in 2016, a year when many of us became afraid of the dark skinned ‘other’; when events around the world set the world in motion and when great crowds of people went on the move, seeking something elusive in another land. There are two ‘others’ in Dead Woman Walking. The refugees who suffer dreadful hardship and extortion to reach a place of safety, only to find it the very last place on earth they should be, and the Faa family, of gypsy origin, who live on the outskirts of society.

Dead Woman Walking was conceived as a thriller, a chase novel in which a woman goes on the run. We know who is chasing her and we know why. We think we know why she is running? And from whom.

Except, the answers are never really that simple. Not in life, and certainly not in stories.

‘With Dead Woman Walking, Sharon Bolton exceeds her own high standards of excellence. It grips from the start.’ The Times.

‘For once, the description ‘impossible to put down,’ is fully merited, for this is an absolute page turner.’ The Daily Mail.

‘It’s one to savour.’ ShotsMag UK

‘A slippery, devious story in which things are not always what they seem.’ CrimeScene Magazine

‘Dead Woman Walking has twists that will give you whiplash. Bolton is a great storyteller, creating a colourful atmospheric and nail biting ride from the very first page’ LUCY ATKINS, Author and Sunday Times reviewer

It’s always great when a book club picks one of my novels, even if some of the questions they throw at me can be a bit challenging. If your group is thinking of reading Dead Woman Walking, here are a few discussion points to get you started.

Warning: The following contains MASSIVE SPOILERS. Do not read on unless you have already finished the book.