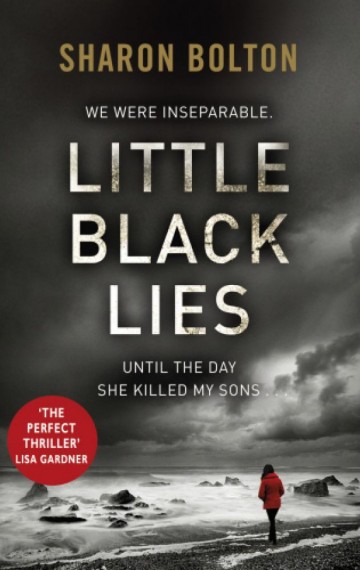 What’s the worst thing your best friend could do to you?

Admittedly, it wasn’t murder. A moment’s carelessness, a tragic accident – and two children are dead.

Living in a small, island community, you have to see the woman who destroyed your life every day. Each chance encounter is an agonizing reminder of what you lost – your family, your future, your sanity.

How long before revenge becomes irresistible?

With no reason to go on living, why shouldn’t you turn your darkest thoughts into deeds?

So now, what’s the worst thing you can do to your best friend?

Robert Lewis Stephenson said that some places simply demand that a story be told of them. In many of those places, I’d go so far as to say, the story is already there and all we, the authors, have to do is set it free. Often, for me, the inspiration for a new novel is a place – I still find it tremendously exciting to look at a rural or urban landscape and imagine the story that lies beneath.

Since I wrote my first book, Sacrifice, set on the Shetland Islands off the north east coast of Scotland, I’ve had a particular passion for island settings. I love that sense of being separate from the outside world, in a place where normal rules of behavior can be suspended. I love the claustrophobia of small, tight-knit communities and how sometimes their greatest strengths can be their ultimate downfall. And I adore the feeling that when night falls, when the airplanes and the ships stop running, there is no escape.

There must be a thousand stories amongst the windswept wilderness that is Falkland, and yet only one of them – that of the British/Argentine conflict, has properly been told. Little Black Lies isn’t a true story, of course, but I like to think that the vulnerabilities it explores, the dependencies and the darkness within the human soul, will have a special resonance to this tiny community in the South Atlantic.

There is a reason why the outsider is a common theme in literature, and in mystery stories in particular. We all fear the outsider, the stranger who brings the unknown in amongst us. He, or she, is the first we will blame when things go wrong, the one that we will turn upon when we feel threatened. When I was writing Little Black Lies, it was very important to me that the islanders simply cannot believe the killer could be one of them. They are ready to blame the tourists, the military personnel, even the former soldier who’s lived amongst them for a decade because they cannot bring themselves to consider that there could be a monster amongst them.

At the same time, of course, we all fear being the outsider, the one who doesn’t belong. Being accepted is a fundamental human need, and when we are denied this, the consequences can be dire. Because of the tragedy before the story begins, Catrin and Rachel, both native islanders, have been ostracized by their community. Callum, of course, will always be an incomer. Ultimately, Little Black Lies is the story of three outsiders, each of them trying to find their way back home.

The essence of Little Black Lies is the story of three very damaged people, each of whom confesses to the same crime. Two must be lying – there can only be one killer – but why on earth would two innocent people confess?

For this idea to work, the reader has to believe in the potential of Catrin, Rachel and Callum to kill. Making Callum a former soldier, trained in combat, but seriously damaged by what he experienced in the conflict, was a way of resolving his particular motivation.

Also, the more I read about the war, the more interested I became in the impact the invasion and the occupation would have had on the people who live on the islands, even many years after the fighting ended. These people, who fervently believe themselves to be British, live within four hundred miles of a potentially aggressive and predatory foreign power. How can they ever, really, feel safe?

“(Bolton’s) sharpest skills are in play (in this) intricately detailed mystery, but in the end – literally on the last page – it’s the plot that thrills.” New York Times.

“This brilliantly plotted thriller, filled with lies and betrayals, builds to an unexpected, mesmerizing ending.” Publishers Weekly (US)

“A suspenseful and psychologically rich thriller.” Booklist (US)

“(a) superb, diabolical novel of love, loss, grief and redemption. If you can put it down and go to sleep, you’re stronger than this reader.” Cleveland.com (US)

“Claws at your heart” The Daily Mail.

“This tear-jerker novel is one of the year’s must-reads.” The Express.

“brilliant novel of psychological suspense.” The Globe and Mail, (Canada)

“…a well-crafted cat’s cradle of lies and betrayals.” The Guardian

“Bolton is at her best when dealing with the dark side of life.” Crime Review

“If this book doesn’t win any awards I’ll eat my hat and my kilt. We certainly won’t need an exist poll to know this will be a bestseller.” Milo’s Rambles.

It’s always great when a book club picks one of my novels, even if some of the questions they throw at me can be a bit challenging. If your group is thinking of reading Little Black Lies, here’s a few discussion points to get you started.

I’m always pleased to hear from bookclubs and will try my hardest to answer questions. Contact me on author.sjbolton@gmail.com