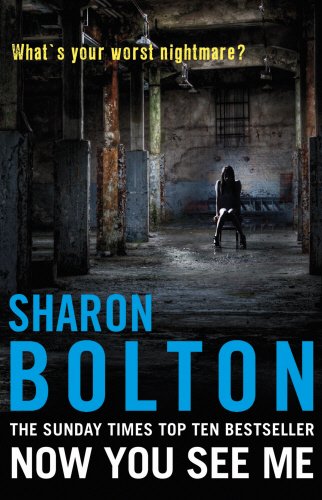 Despite her life-long fascination with Jack the Ripper, young detective constable Lacey Flint has never worked a murder case or seen a corpse up close. Until now …

As she arrives at her car one evening, Lacey is horrified to find a woman slumped over the door. She has been brutally stabbed, and dies in Lacey’s arms.

Thrown headlong into her first murder hunt, Lacey will stop at nothing to find this savage killer. But her big case will also be the start of a very personal nightmare.

When Lacey receives a familiar letter, written in blood, pre-fixed Dear Boss, and hand delivered, it is clear that a Ripper copycat is at large. And one who is fixated on Lacey herself. Can this inexperienced detective outwit a killer whose infamous role model has never been found?

Had I known what I was taking on, I’d never have found the courage to start.

A 21st C thriller based on Jack the Ripper seemed like a good idea when I first thought of it. Oh blissful ignorance!

First problem: the world is already Ripper obsessed. So many books, theories, films, documentaries, TV dramas. Halfway through research and planning, the fabulous Whitechapel was screened on ITV. ‘There go my film and TV rights,’ was my second thought. (My first was shorter and decidedly Anglo Saxon in nature) My original idea of a straightforward copycat killer was now dead in the water. (The Royal-family angle had been done to death too, so I had to wave goodbye to my House of Windor-Major-Financial-Scandal idea.)

Second hurdle: before I could even think about the main thread of the story, I had to be clear about the backdrop. Not so easy. 100 years of Ripper fascination has produced mountains of information, liberally sprinkled with errors and misconceptions. Some years after the murders ended, senior police officers started writing memoirs. Not always strictly accurate. More books were written, based on the flawed earlier books. Mistakes were perpetuated, time and time again, until the errors became accepted facts. To find the truth behind the myth, I had to go back to original material. Coroners’ reports, police reports, eye witness statements. Time consuming, but necessary, if I wanted to be taken seriously as a student of Ripper lore.

Well, I was glad I did. Because what strikes you first about these old murders is simply this: they were some of the most brutal, viscious and merciless crimes imaginable. Exceptionally vulnerable victims, in dark and filthy places, were overpowered by brute strength. Throats slashed to disable and silence them, these women were almost certainly still alive, probably still conscious, when a knife ripped open their abdomens, and their innards were pulled out to be left strewn around like litter.

The second truth to hit home, is how truly formidable a killer this was. He struck in the most densely populated parts of London, within yards of crowded inns and lodging houses. He killed in minutes and disappeared. He was clever, and very lucky. Dozens of police officers deployed on the case couldn’t catch him, neither could the vigilante groups the local populace set up. He was then, and remains to this day, untouchable.

So this was my challenge. Give a completely new and original twist to the most famous true-life murders of all time. Do justice to the brutality and inhumanity of the original crimes, without breaking my “keep it off the page” rule about gratuitous violence. Oh, and special instructions from powers that be at Transworld Towers, create two main characters who are compelling enough to make this book the start of a series.

I carried on reading about Jack, learning more and more about one of the most depressing periods in London’s history, getting equally depressed myself, because my story was eluding me. Then, one Saturday afternoon in May I was at a football tournament. My young son was playing, as were about a hundred others. There was an equal number of excited dads and coaches. I began to think about what happens to the male psyche when they have their clan around them, when their blood is up, when they have their heart set on a prize. It’s relentless, it’s ugly, it’s brutal. And this was just junior football.

My son’s team didn’t win that day. (They rarely do.) He was a bit downcast, but I was elated. The muse has whispered in my ear and I had my story.

Now You See Me is not about football or nine year old boys getting muddy and tearful. It’s about a city, terrorized once again by a brilliant and remorseless killer. It’s about a deeply private young woman who is the only officer in the Met who has a chance of catching him. And it is about the price she will have to pay to do so.

“NOW YOU SEE ME is really special: multi-layered and sophisticated, but tough, too – like being hit in the face with a Swiss watch.” LEE CHILD

“Bolton provides excruciating tension and much else.” Kirkus (US) Starred review

“… a complex psychological puzzler, (that) stands head and shoulders over other such efforts …” Publishers’ Weekly, (US) Starred review

“This is a book that will have you thinking and guessing. I had an inkling of what might be, but S. J. Bolton is full of surprises and just when you think you know something, you realise that maybe you didn’t!” NotesofLife

“NOW YOU SEE ME is a cerebral thriller that avoids clichés. Each twist and turn is unpredictable, as are the fully drawn characters’ actions.” South Florida Sun Sentinel

“Fast-paced, written with razor-sharp prose and with some brilliantly bloody set-pieces and plot twists, NOW YOU SEE ME is a clammily suspenseful read and I look forward to seeing Lacey Flint and Mark Joesbury again.” Crime and Publishing

“NOW YOU SEE ME is a gripping tale of murder, intrigue and detection. Just when you settle back, take a breath and think you have all the clues sorted, Bolton changes the rules and you are back to square one – or so it seems! Full of intelligent twists, Now You See Me is a rip roaring crime thriller that teases and cajoles – but most certainly delivers. Excellent.” Milo’s Rambles.

“SJ Bolton’s detail is exceptional. Her research is outstanding. She has a tale to tell and she does it so, so well. She’s won numerous awards, and it’s clear to see why. NOW YOU SEE ME  once read, never forgotten.” High Heels and Book Deals

“You won’t be able to put it down, unless you get too scared.” Peterborough Evening Telegraph

“I was constantly on my guard … as I was thrown curveball after curveball, with the plot taking directions I certainly didn’t see coming.  … this is a devil of a book for making you thrash through the pages from one hook to the next. If you don’t read S.J. Bolton, you don’t know Jack!” Books and Writers

“Nothing can quite prepare you for the extraordinary twist that finally emerges, despite the numerous clues. That SJ Bolton pulls it off is a testament to her skill as not just a writer, but effectively, as a psychological profiler too.” Daily Mirror

“SJ Bolton is the reigning queen of thrillers, creating works that are smart, scary and very satisfying. Long may she reign and write.” Nina Sankovitch on Readallday

“This novel is quite a story telling achievement, and one I very much enjoyed.” Petrona Book Reviews

“NOW YOU SEE ME is a rare thing indeed; it is a perfect blend of time-honoured and accurate Ripper source material with an original and inventive modern story. It is a violent and atmospheric thriller that shows just why Bolton has earned so many plaudits in her relatively brief career.” Bookgeeks.co.uk

“…deliciously twisted events, careful planning and masterful use of sleight of hand.” Falcata Times, US.

“Another masterful piece of storytelling from an author who has, with just a few books, become one of Britain’s top suspence writers.” Denver Post, US

“Horror is present in thick layers in this story that juggles supremely with sudden twists in the action. On top of that it contains a great deal about connections between personal traumas and societal failure on the reverse side of the Great Britain that David Cameron and his coalition administers these days. NOW YOU SEE ME is a very solid and fascinating crime novel.”  Lars Ole Sauerberg, Jyllands-Posten, Denmark

It’s always great when a book club picks one of my novels, even if some of the questions they throw at me can be a bit challenging. If your group is thinking of reading Now You See Me, here are a few discussion points to get you started.