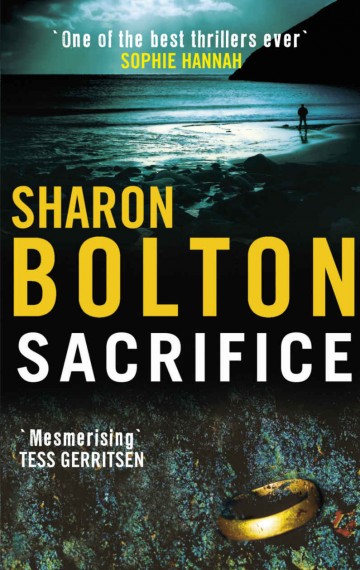 “One of the best thrillers ever.” Sophie Hannah.

Moving to remote Shetland has been unsettling enough for consultant surgeon Tora Hamilton, even before the gruesome discovery she makes one rain-drenched Sunday afternoon… Deep in the peat soil of her field she’s shocked to find the perfectly preserved body of a young woman, a gaping hole in her chest where her heart has been brutally removed.

Three rune marks etched into the woman’s skin bear an eerie resemblance to carvings Tora has seen all over the islands: in homes she has visited, even around a fireplace in her own cellar.  But, as she uncovers disturbing links to an ancient Shetland legend, the police, her smooth-talking boss and even her own husband are at pains to persuade her to leave well alone.

Is their concern genuine?  Perhaps, for when terrifying threats start rolling in like the cold island mists, it seems someone wants Tora out of the picture, once and for all…

Sacrifice will grip readers from start to finish. It is a bone-chilling, spellbinding debut set on a deceptively beautiful island.

Sacrifice was voted ‘Best New Read’ on Amazon.co.uk and was one of Waterstones ‘Best of the New Blood’ promotion. It was shortlisted for the International Thriller Writers’ Best First Novel award, the Mary Higgins Clark award and, in France, the Prix du Polar. 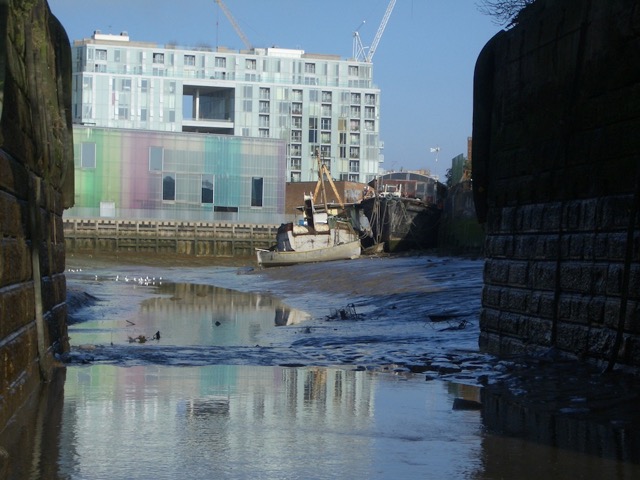 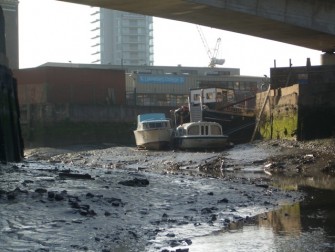 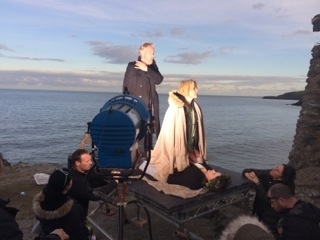 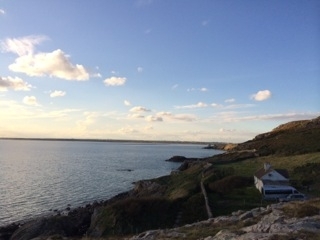 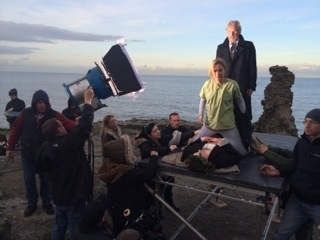 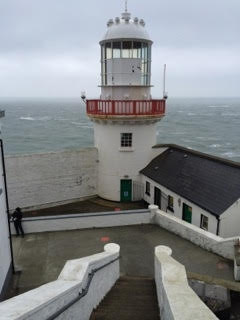 
Sometimes, books have a long gestation period and that was certainly the case for Sacrifice.  I think I can probably trace the thought process back to 31 December 1995 when I was sitting in a village square in a tiny town in Austria, watching people waltz in the snow as the town clock struck midnight.  And the first line of a novel came into my head: “I danced in the snow as the clock chimed in the New Year; and a monster grew inside me.”  Of course I was still a long way from knowing who was dancing, what form the monster would take, how it got there in the first place and what would happen to mother and baby.  But I began to think about stories involving a woman, who desperately wanted to be pregnant, conceiving something that was in some way alien and that could, ultimately, destroy her.

Over the next few years, I kept coming back to that story and then, one day in Aylesbury Public Library, I came across the fascinating legend of the Shetland Kunal Trows, the race of supernatural males who stole a human wife in order to perpetuate their species.  These pregnancies always ended in the same way:  a healthy baby boy was born and the mother died.  It had sufficient similarities to my own idea to make me want to learn more and I ordered every book I could find on Shetland Legend.  And I began to wonder if the story could work as a modern crime novel; could the supernatural elements of the story be sufficiently reined in to work in this strict and sometimes rather formulaic genre.  Gradually, the characters began to take shape, as did the storyline.  I started to write.

Quite early on I took the decision not to visit Shetland.  Partly, my motives were financial: it’s an expensive trip and we were living on one income.   Mainly, though, I had such a strong idea in my head of what Shetland must be like that I didn’t want reality to cloud it.  The Shetland of Sacrifice is the Shetland of my imagination – a remote, wild, fabulous place of incomparable beauty and dark secrets.  To help the process along and keep me grounded, I used photographs, ordinance survey maps and the internet.

My son was born and I carried on writing whenever I could: he’d go down for a nap; I’d rush upstairs to the computer.  Had he been a better, more reliable sleeper in those early days the book might have been finished long before it was.  And probably would have been summarily rejected by the market.

Because all the time I was writing Sacrifice, I had massive doubts.  I could feel the characters taking life, I was confident in the narrative – but the story?  Was it just too far-fetched ever to be taken seriously?  No matter how well I managed to write the book, was it doomed to be rejected because of its completely unbelievable plot line?

In this respect I was exceptionally lucky.   A year or so before Sacrifice was finished, Dan Brown’s fabulous The Da Vinci Code took the world by storm.  Suddenly publishers were hungry for modern day thrillers based on ancient legends and, as I read in The Bookseller, the market started looking for, “… not straight fantasy, but books with a fantastical twist.”  The same issue carried a reference to “tapping into tastes for fast-paced adventure with secretive undertones.”    The genre had evolved and I was in with a chance.

Armed with new found hope, I sent off sample chapters.  Within a couple of weeks, Anne Marie Doulton of The Ampersand Agency offered to represent me and, a month or so later, Sacrifice was successfully auctioned at the 2006 Frankfurt Book Fair.  Since then, publishing rights have sold around the world and film rights were optioned by Luminous Pictures Ltd.  Sacrifice was also voted Best New Read on Amazon.co.uk.

Of course, when people other than me started taking the book seriously, I grew nervous about my previous decision not to visit Shetland and decided I’d better go check it out; only to discover I had made quite a few howlers.  The one that made me laugh the most was the scene directly after Tora’s sailing accident.  Originally, I had her staggering into the post office at Gutcher on Yell.  The map showed the letters PO, so I assumed I’d be fine.  There is now a photograph on my desk of a twelve-inch-high, red post-box on a stick, to remind me of the dangers of assuming.

Those who know Shetland well will soon spot the other mistakes.  There aren’t sailing clubs at either Gutcher on Yell or at Uyeasound on Unst.  Nor is there a coffee shop at Uyeasound that I could find.  But there was no getting round my need for these places and I had to invent them.  Also, the church of St Magnus in Lerwick doesn’t have a grave-yard attached to it.  I could have transferred this scene to Lerwick cemetery, but the area around St Magnus is so wonderfully atmospheric, I felt I had to keep it.   Also, I can’t say with absolute certainty that it is possible to ride a horse cross-country from Weisdale to Voe on the main island.  Maybe one day the boys and I will have a go.

Splendidly crafted, deeply disturbing . . . this debut novel will deservedly be a bestseller. The Times

An incredible debut. The Bookseller

A really creepy plot based on one of the Shetland Islands’ nastier legends . . . The combination of folklore and forensics works well, and the story grabs from the very beginning and holds on tight. Literary Review

Another female frightener coming up hard on (Mo) Hayder’s heels is S.J. Bolton, whose own début, Sacrifice (is) a feminist’s “told-you-so” nightmare. The Times Christmas Books 2008

One of (Bolton’s) great strengths lies in her ability to bring the atmosphere of these far north islands on to the printed page. Hard to believe that this is her first novel. Scots Magazine

A real page-turner by a new crime writer – not to be read while alone in the dark. Jenni Murray in The Guardian

…scary late night reading and riveting stuff. The plot twists and turns like a snake trying to wriggle free, only at the very end does the author enlighten us as to the exact details of the gruesome truth . . . This is an unmissable, un-put-downable debut novel from S J Bolton . . . I haven’t seen this level of talent in a new writer for some years – it’s bloody brilliant. The Truth About Books

Some authors start their careers on a slow note: Sharon Bolton hits the ground running. How long does it take to realise this is one of the good ones? On page two, I had an idea that S. J. Bolton could plot. And she can, like the best . . . Sacrifice makes a great start to 2008.

Sacrifice is an intense, fast paced thriller with numerous wonderful twists and turns that confound the reader throughout. Crimesquad.com

Fairy legends associated with island races are fascinating – and none more so than the Kunal Trows of the Shetlands . . . Sharon Bolton has hit the ground running in this debut novel. Nottingham Evening Post

Sacrifice belongs firmly in that specialist category “spooky crime” and could best be described as CSI-meets-The Wicker Man. The setting is the wild and lonely Shetland Islands, an ancient Norse legend is involved and there is enough forensic pathology, both animal and human, to keep fans of Patricia Cornwell happy . . . Sharon Bolton grabs the reigns and steers it home by cranking up the suspense with a skill which is remarkable for a first novel. Birmingham Post

Sacrifice is a real find. The Shetland setting is beautifully evoked, the complex plot is adroitly handled, and – best of all – S.J. Bolton has created an entirely believable and different heroine. At the heart of the book is Tora Hamilton, a contemporary woman absorbing the pressures of career and relationships, strong-minded – indeed bloody-minded a lot of the time. Her honesty and awareness of her own failings make her a mesmerising character to follow through the dark corridors of the sometimes gruesome story. I very much look forward to S.J. Bolton’s next book. Simon Brett

This slick, fast-moving thriller has a cracking opening scene and goes on to develop into a gripping story of intrigue and adventure. An interesting and skilful debut. Margaret Yorke

This eerie tale had me so hooked I was reading it through the night . . . brilliantly written and carefully crafted. Peterborough Evening Telegraph

It’s always great when a book club picks one of my novels, even if some of the questions they throw at me can be a bit challenging. If your group is thinking of reading Sacrifice, here are a few discussion points to get you started.