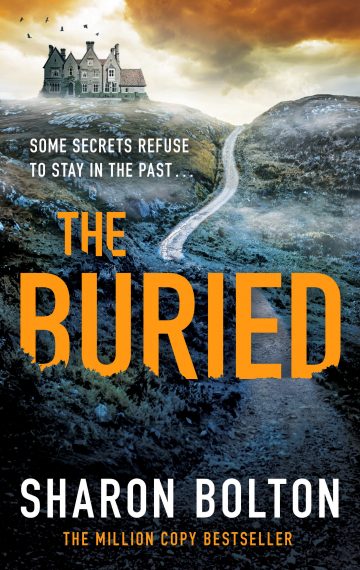 Buy NowListen to an Extract


“Sharon Bolton is a master of her craft” Elly Griffiths

Florence Lovelady is the most senior serving policewoman in Britain. She is also battling severe mental health problems. In her own words, she is arguably insane. Her meteoric career and her insanity had the same root cause: the hunt for, and arrest of, a vicious child killer thirty years earlier. Florence was hailed as a hero for putting local businessman Larry Glassbrook behind bars but she paid a heavy price. She left Sabden, the small town in the north-west of England where Larry’s unspeakable crimes had taken place and vowed never to return.

But Larry, serving a whole life sentence, has other plans. On his deathbed, he contacts Florence one last time, and provides evidence of more child murders. Not down to him this time, or so he says, these children lost their lives recently, and the town is planning a cover up. Larry believes Florence is the only police officer in England with the skills, and the courage, to tackle the darkness that never left his hometown.

Will Florence stick to her guns and stay well clear? Or will Larry’s lure prove too strong, even from beyond the grave?

I have always been fascinated by poison, and by poisoners specifically. (For a long time, this second book in the Craftsmen series was called The Poisoner, but publishers have ideas of their own when it comes to book titles and I’ve learned to listen.)

But it’s such a clever crime, don’t you think? To imagine, create and administer the precise cocktail of deadly ingredients to bring about a rapid and, ideally, untraceable death. Traditionally a woman’s crime, it speaks, I think, to a woman’s relative powerlessness in the world of men, for her need to act by subterfuge, to tread with caution, to hide away in the shadows, even (especially) when she has the very worst of intents.

The Buried is a book about a poisoner (actually more than one, where’s the fun without a bit of misdirection?) but like its predecessor, The Craftsman, it’s primarily a book about women, especially those of several decades ago, and about how they dealt with preconceived and misogynistic attitudes, with bullying, abuse and even violence. It’s about how women, denied power by the men around them, seek it out for themselves, how they support each other and find their own, often unconventional, places in the world.

“(The Buried’s) undoubted strengths include Bolton’s deftly shaded portrayal of the attitudes of yesterday towards women and the bonds of necessity between them.’ THE TIMES (A November thriller of the month)

“A big read that is worth taking your time over.” The Belfast Telegraph

“Menacing and complex, this is lots of fun.” The Observer

Warning: this page contains spoilers. Do not read unless you have finished the book.