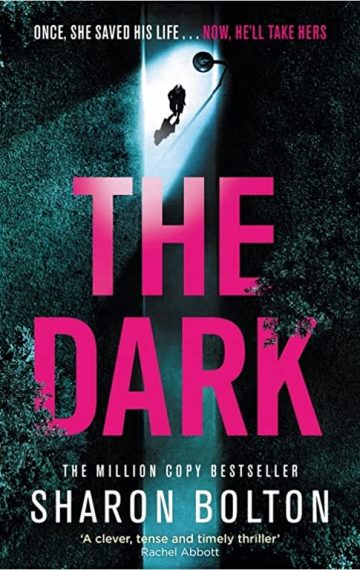 
“What a book!” Rachel Abbott

When a baby is snatched from its pram and cast into the river Thames, off-duty police officer Lacey Flint is there to prevent disaster.

DCI Mark Joesbury has been expecting this. Monitoring a complex network of ‘dark web’ sites, Joesbury and his team have spotted a new terrorist threat from the extremist, women hating group known as ‘incels’ or ‘involuntary celibates’. Joesbury’s team are trying to infiltrate the ring of power at its core, but the dark web is built for anonymity, and the incel army is vast.

Pressure mounts when the team learn the snatched baby incident is just the first in a series of violent attacks designed to terrorise women. Worse, the leaders of the movement seem to have singled out Lacey as the embodiment of everything they hate, placing her in acute danger.

Seven years ago, I decided that Lacey Flint and her friends needed a well-earned holiday and so, apart from a couple of novellas (If Snow Hadn’t Fallen, Here Be Dragons) and some short stories (Lacey’s Wedding, The Corpse in the Copse), I’ve moved on to fresh adventures, peopled by new characters. Partly, my decision was practical – Lacey’s back story had become a little unwieldy, making the balance between reveal and hold-back ever more  challenging; equally, I had other stories in my head, that Lacey could not tell.

It didn’t go down too well! Lacey fans the world over were aghast, a couple resorted to angry threats. In one European country, I was even forced to attend Lacey’s wake. Years on, not a week goes by when a reader asks – sometimes demands to know- when the next Lacey book is coming out. My official answer has always been the same – roughly two years after I start writing it. Privately, I was waiting for the time, and the story, to be right. The idea had to be one that worked for Lacey.

So, early in 2020, struggling with my WIP, I had a dream about a baby, a sort of modern-day Moses adrift on the Thames and suddenly things clicked. I’d long seen the potential for a book about the incel movement, I knew it would have to be a London book (hello, Dana Tulloch and team) and who else but Lacey could possibly rescue a child from the dark and twisted Thames?

Work in progress was abandoned and I started work on The Dark. It’s been such a joy to be back with Lacey, Joesbury, Dana and Helen, to bring new characters to the fore, and to explore one of the most dangerous developments of modern times – the pathological hatred that increasing numbers of men have for women.

So, are you ready to take a walk on The Dark side?

‘WHAT A BOOK! I absolutely loved every minute of it. I love everything Sharon writes, but she has excelled herself. Not only was it a very clever story with truly brilliant characters, but it was so relevant to today.’  Rachel Abbott

‘This is one of the most kinetic, heart-stopping, blistering procedurals we have read, so strap yourselves in. Pulling no punches, this is terrifying in so many ways.’ Crime Monthly Magazine

‘Fantastic opening that drags you in by the lapels and doesn’t let go.’ Fiona Barton

‘Another torrid tale guaranteed to give Londoners (and everyone else) the willies.’ Times Crime Club

‘You’ll be unable to tear your eyes from the pages, I promise you. Excellent writing and a very worrying plot.’ Belfast Telegraph

Warning: this page contains spoilers. Do not read unless you have finished the book.