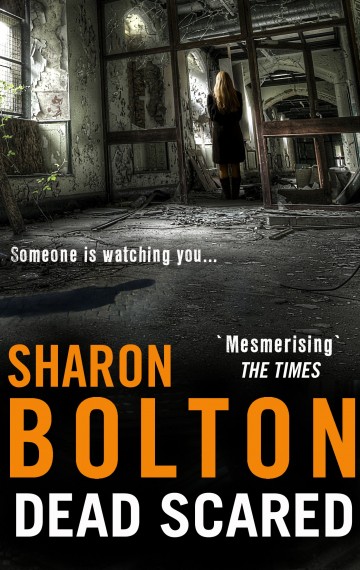 When a Cambridge university student dramatically attempts to take her own life, DI Mark Joesbury realizes that the university has developed an unhealthy record of young people committing suicide in extraordinary ways.

Psychiatrist Evi Oliver is the only person in Cambridge who knows who Lacey really is – or so they both hope. But as the two women dig deeper into the darker side of university life, they discover a terrifying trend…

And when Lacey starts experiencing the same disturbing nightmares reported by the dead girls, she knows that she is next.

We are all scared of something. Alone, in the silent hours, we listen for the scrabbling beneath the bed, the insistent tugging on the sheets, the creaking open of the wardrobe door. Whether we fear the illogical (spiders), the improbable (ghosts) or the unlikely (loss of a loved one) we all, in the back of our minds, have a dark cupboard that we dare not open. And the more scared we become, the more vulnerable we are – to the whispered deception and the insidious erosion of courage, until we reach the point at which terror can no longer be contained, when it breaks free of its restraints and begins to override reason.

Dead Scared is the story of needy and insecure young women, in a new and unsettling environment, who are preyed upon by those who not only know these girls’ deepest fears, but are prepared to exploit them to the bitterest end. These people, practising a new kind of evil, believe themselves invulnerable. Not because they are cleverer than most, (although they believe that too,) but because everything they do is at a distance.

Dead Scared had its origins in my hearing about cyber bullying and internet trolling, about real-life cases in which people have been pushed into taking their own lives by those with whom they have only a virtual relationship. Criminal charges in such cases are too rare and too lenient and so these cyber killers believe themselves to be invulnerable; sadly society seems determined to collude.

Dead Scared is my murder story in which, arguably, no murders take place. Without physical contact between victim and perpetrator, where is the crime? How can there be retribution?  The death count in the book is high, alarmingly so; the victims conform to a type, as in all good stories of serial murder; the means by which people die are unusual and inventive, in the best spirit of crime fiction – but no murders have taken place. The victims are killing themselves.

And isn’t that just the perfect crime? To be able to select your victim, stalk her relentlessly, learn precisely her weaknesses and exactly which buttons to press and then stand back and enjoy the self-destruction?

Dead Scared is about people who are scared to the point at which they can, quite literally, take no more. It explores how vulnerable young women can be pushed so far along the road of utter terror that they will do anything, even take the most final, devastating step, to end the nightmare. It asks whether it is possible to scare someone to death.

“If you read one crime novel this year, make it this.” TESS GERRITSEN

“In parallel with the creepy tale of terror and torture, we follow a scrupulous scientific investigation.” Jessica Mann, Literary Review.

“Bolton never eases up the tension; her tightly coiled plot and heroine on the edge work perfectly in tandem.” (Starred review and pick of the week) Publishers Weekly, US.

“A number of superlatives could be used to describe Bolton’s new work, but a simple “wow!” will do.” RT Book Reviews (US) 4 1/2 stars Top Pick

“Clever characters, an evocative setting, and a chilling group of clever sadists make the latest from Bolton a satisfying and suspenseful read.” Booklist (US)

“Bolton leads the reader deep into the ugly world of cyberbullying and explores the question: is it possible to scare someone to death.” Sunday Express

“Bolton gets better with every book. Bring on the next one.” NetGalley (US)

“The balance of human sympathy and ever-accelerating disquiet is handled with real authority, finally building to a vertiginous climax.” We Love This Book.

“When it comes to producing gripping, satisfying thrillers, SJ Bolton is among the best.” Killing Time

“An intelligent and fast paced thriller with genuinely creepy moments.” The Book Whisperer

“Readers will be caught up in the twists and turns that leave them hanging until the final paragraph.” Library Journal (US)

“… SJ Bolton is one of our best British crime and thriller storytellers.” My Favourite Books.

“…the seduction of self harm and the psychological tension never lessen.” Cleveland Plain Dealer